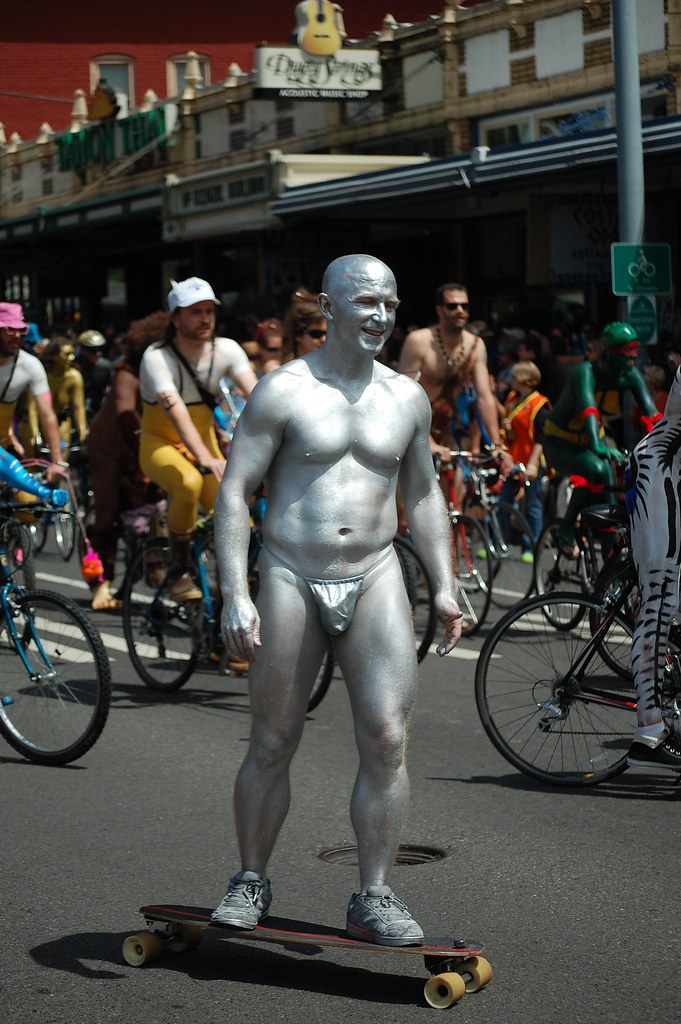 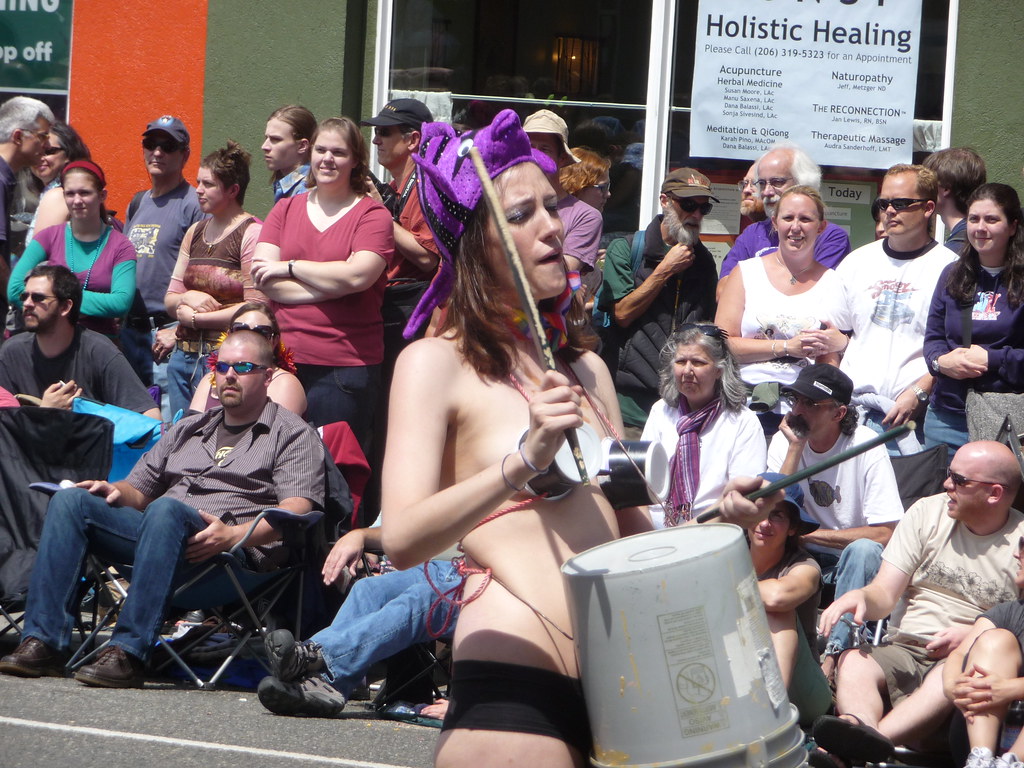 Stilter and giant beach ball, Cyclists before the parade, Hauling a float, The Fremont Solstice Parade is an annual event that occurs each June in Seattle, Washington. It is also widely known for the body-painted Solstice Cyclists, who kick off the event each year by stripping nude and paint their bodies. 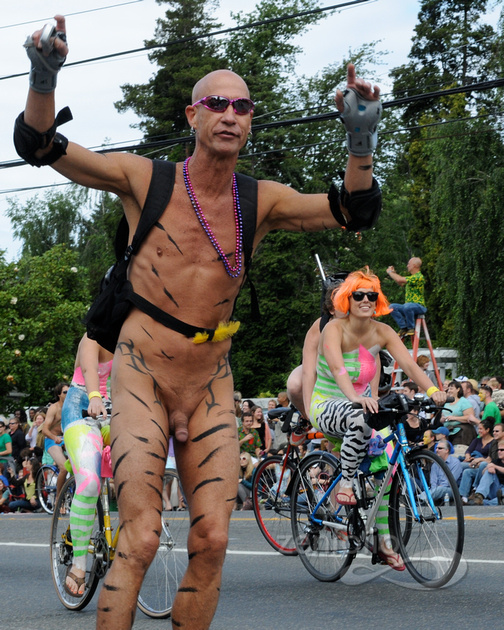 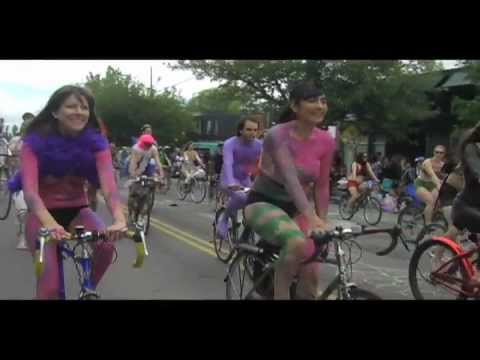